This is the first show Franz has ever booked in the town. It was held at some communist club. No joke. They had some hot pics of Mao, Lenin, Ho Chi Minh and that Che dude that all the college kids dig. The club made us dinner consisting of locally caught swordfish and a local version of lasagna that was great. We talked to the opening band, The Ratbones about The Ramones and other things. The Ratbones played a solid set to a packed room full of locals looking for anything to do on a Monday night. We helped clear some of the people out. We played OK. Still haven’t nailed it shut. 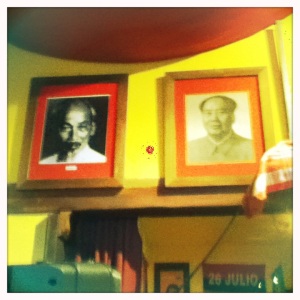 Scene outside the club

We spent the night at the promoter, Alessandro’s family vacation place In a nearby town 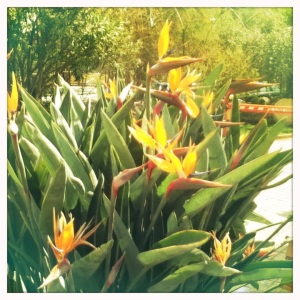 Then went back to the club to get the gear and walk around before we left for Genova.

Franz backing up the hate van 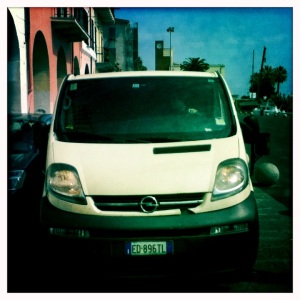