Took off from the Barcella’s house and headed for Cortemaggiore for the show. The Fillmore used to be a movie theater that has been converted into a big rock club.
A second stage was set up on the huge floor because the place would look empty even though there were over a hundred people there when we played.
We had some problems, but people dug it. The place filled up when The Manges took the big stage. The Queers finished things off. We met lots of fans and sold some merch.

Here’s a pic of us leaving the Barcella’s pad. 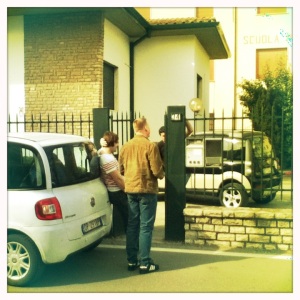 Here is the Fillmore club 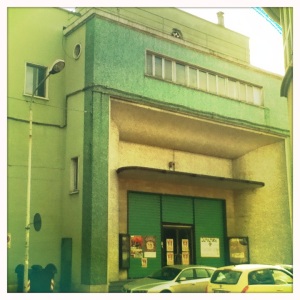 The Leeches playing the small stage

The Manges on the big stage