We stayed our first night in Paratico. The hotel is located on top of a pizza restaurant so we ordered pizzas and ate them while watching Walker Texas Ranger dubbed in Italian.

The hotel is to the right of the sign.

Today we walked around Sarnico which is across the lake from the hotel.

Then it was off to Franz parents house for his mom’s lasagna.

Here’s another shot of Touch and Tulu by the lake. Good times! 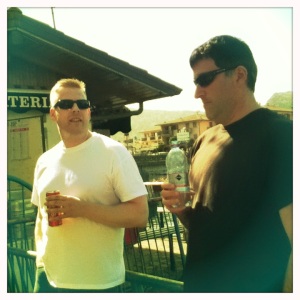