Here’s some pix from the Feb 3rd show. Hoo Haw! 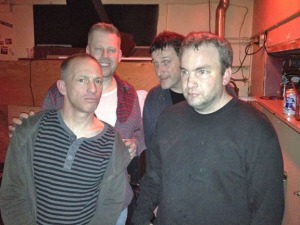 Touch and Tulu standing behind wax statues of
Kepi and Ree after the show.