… If you consider a weekender to be 4 songs.

That’s right! Kepi from the Berry Pickers, The Groovie Ghoulies and Kepi Ghoulie will come up after we finish to sing four songs from the Great American Kepi Songbook (that’s all we were able to learn) with Head backing him as well as extra bonus guest star Kurt Bloch! Then we’ll keep the party going down at the Slabtown Bender on Saturday where we’ll do it again.

Kepi will also being playing two solo acoustic shows Sunday at Full-Tilt Ice Cream Parlor in Ballard and Monday at the Upstairs Bar in Belltown.

Get all your Kepi related needs taken care of here. 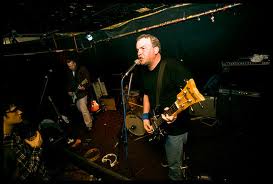